A new study may have established a link between Attention Deficit Hyperactivity Disorder (ADHD) prevalence in the United States and the presence of fluoride in drinking water. The finding sparked once again the debate on the efficacy of water fluoridation. The study conforms to the views of many other scientists who consider fluoride to be a neurotoxin, having deleterious effect causing ADHD due to disruptions in endocrine and nervous system. 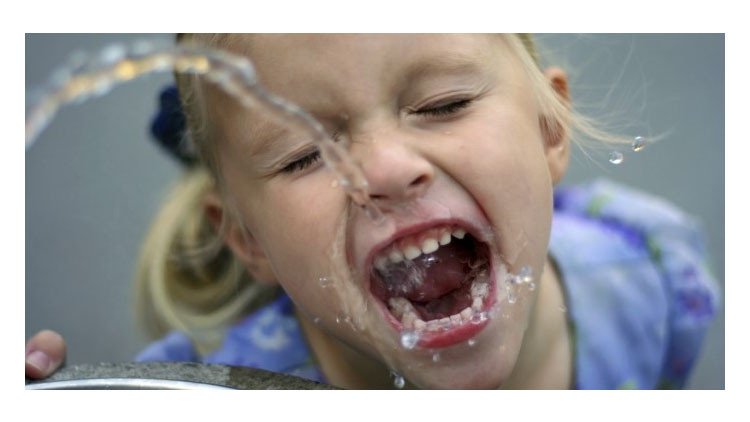 A group of psychologists from York University in Toronto, Canada, claimed to be the first to find this association between artificial water fluoridation and rise in ADHD cases. Ashley Malin and Dr. Christine Till, authors of the study, mentioned that, quite surprisingly, fluoride was never mentioned in any of the prior studies on ADHD, despite several researches suggesting its indirect involvement in the disorder.

The study, published in the journal Environmental Health, concluded states with a higher rate of fluoridation practices also show a greater rate of ADHD cases. The researchers took into consideration, the data collected since 1992. They mention that in 1992 states where a larger proportion of the population drank fluoridated water tended showed a higher proportion of offspring diagnosed with ADHD in subsequent years. “With every 1% increase in artificial fluoridation, prevalence in 1992 there were approximately 67,000 to an additional 131,000 ADHD diagnoses from 2003 to 2011,” the study shows.

The study goes on a fair bit of detail to explain how fluoride interferes with the cognitive development of the brain. Fluoride can easily cross our placenta, gather in an infant’s brain and then adversely affect their attention, learning, and memory of the infant, the authors explain. In simple words, fluoride encourages symptoms of ADHD. Malin and Till also said, “exposure to fluoridated water may contribute to ADHD in children via suppression of the thyroid gland.”

The debate on Fluoridation

Government bodies and several scientists are at loggerheads on the issue of usefulness of fluoridation. On one hand, the government is confident of its effectiveness towards the general well being of the population. On the other, there are studies with unmistakable evidences supporting otherwise.

Last year, researchers at the Harvard University published a study in The Lancet where they identified fluoride to be as poisonous as lead, mercury and arsenic. “Fluoride seems to fit in with lead, mercury, and other poisons that cause chemical brain drain,” said Dr. Grandjean of Harvard School of Public Health. The Harvard researchers also noted the loss of intelligence in children is an impact of consumption of fluoride through water. In Britain, scientists at the University of Kent found a connection between fluoride consumption and weight gain as well as depression. Other scientists believe fluoride increases the rate of absorption of lead into the blood, in other words, water fluoridation supports lead poisoning.

The non-supporters of water fluoridation, however, put forward a compelling counterargument. According to them, the compulsory fluoridation to improve dental health is absolutely unnecessary. Not everyone suffers from the same degree of dental problems, then why should everyone be subjected to the same remedy, they question. They cite examples of countries that do not use fluoride in their drinking water and yet their rate of improvement in dental health is similar to that of United States.

Fluoride Action Network, an organization committed to spreading awareness related to the dangerous effect of fluoridation, states on its website: “Most developed nations, including all of Japan and 97% of Western Europe do not fluoridate their water”. The organization very precisely states why fluoridation should be banned:

Further details of this study are available here.

The argument on both sides is pretty compelling, especially when, only a few week back, Yale University published a paper on how consumption of Energy drinks may cause ADHD.