The Deadly Combination of Rare Autism Mutations and Common Variants

Autistic children are seen to inherit the burden of common genetic variants that are associated with autism. These variants are a rare combination of autism mutations that have been shown to increase autism risk. 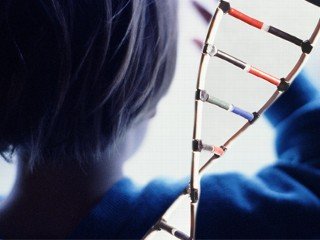 The researchers have carefully observed numerous rare autism mutations that may be linked to autistic individuals. However, these mutations are seen in fewer than 10 percent of autism-related cases.

Although it is harder to identify the common variants, these are believed to have a larger contribution in autism-related cases.

A recent study shows the combinations of these two variants in shaping autism risk.

Lead researcher Elise Robinson, assistant professor of epidemiology at Harvard University, says this hypothesis has been doing rounds for a long time. However, this is probably the first instance in which evidence was produced.

The results of the study were presented by Daniel Weiner, who is an analyst in Elise’s lab. Normally, a child inherits common traits, such as height, from his/her parents.

The study insists on a statistical method that is helpful in measuring the propensity known as polygenic risk score, which tends to be greater than average.

Additionally, the findings reveal autistic children have a polygenic score that is higher than would normally be expected in comparison to their parental scores. Nevertheless, children inherit the BMI measure of their parents.

The children further carry a larger burden of common genetic variants that are associated with educational achievement, although educational attainments are taken as a proxy for intelligence.

The findings are surprising as autism mutations are tied to the symptoms and have a greater association with intellectual disability.

Jonathan Flint, professor of psychiatry and bio-behavioral sciences at the University of California, Los Angeles, says, “This paper shows that those two types of variants work in opposite ways.”

The researchers further plan to determine if autistic children also inherit a disproportionate number of variants that could be associated with parental age.