The genetic traits of autism are widely accepted by the scientific community. Though recent studies have found a link between lack of pruning in a developing brain’s connection and autism, a new research conducted by Dartmouth may suggest otherwise.

According to Dr Bryan Luikart, from the Giesel School of Medicine at Dartmouth,  it may be the excessive growth of new brain connections triggered by the PTEN gene that is likely to cause sensory overload in people with ASD. These findings may be a game changer for understanding the neurological factors of Autism.

Bryan Luikart, Assistant professor at Giesel School of Medicine, Dartmouth explains, “For a while, we have been studying how the dysfunction of the PTEN gene (which may be a likely cause of Autism) affects neural developments in autistic children. I believe that our findings to date may well represent the best understanding on how the genes of an autistic patient has an impact on the functional attributes of developing neurons. Our findings have been presented in our Journal of Neuroscience and a PDF version is available on request.”

A Thing or Two about the PTEN Gene 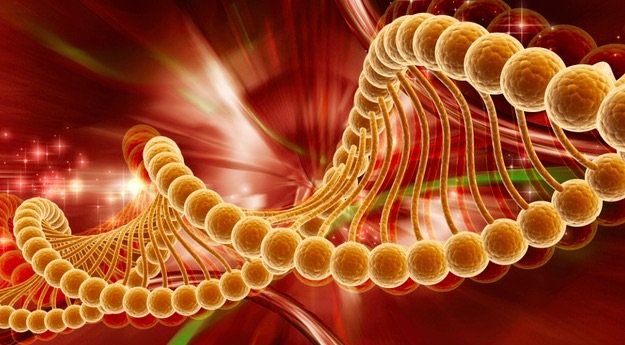 PTEN is a human protein encoded by, in medical terms, the Phosphatase and Tensin Homolog) gene. It is widely accepted among researchers that single gene mutations in PTEN are likely to be a common cause of intellectual and learning disabilities which, in its more severe form, may potentially manifest into Autism or related co-existing disorders.

The Progress So far

Luikart and his team are currently investigating the neurobiological basis of the complex autism symptoms. To better understand this, they have recently simulated the genetic anomalies associated with autism in humans to the neurons of lab mice. The team created a model to inject retroviruses into the brains of young mice in their developing stages to knockout the PTEN gene while labeling the knockout neurons with fluorescent markers.

This helped them to analyze how switching off the gene may alter the structural development and electrical pulses of these neurons. The observation concluded that knocking out the PTEN manifested in neuron overgrowth, thereby increasing the occurrences of excitatory synapses (the connections transmitting signals from one nerve cell to another). In simple terms, this implies that the neurons become hyperactive.

It May Not Be Lack of Pruning, Bryan Argues 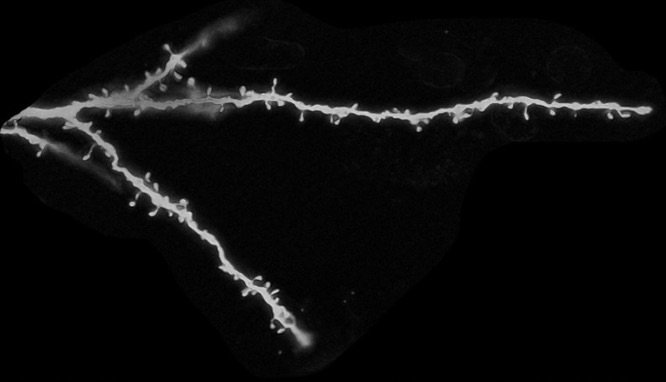 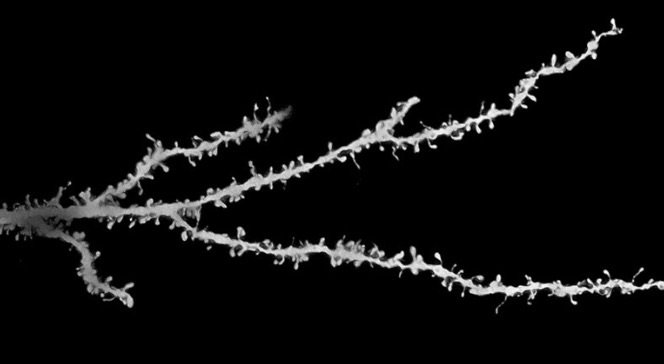 For people with Autism, their neurons do not undergo the normal pruning process in their formative years. The image on top shows the neurons from unaffected brains vis-a-vis that of an autistic person at the bottom. The spine-points on the neurons indicate potential synapses (Credit: Guomei Tang, Mark S. Sonders/CUMC)

Recently there has been a fair bit of media coverage on how the slowdown in the normal brain’s pruning process could be directly linked to extra synapses. Because synapses are typically points where neurons connect and communicate, an excess of synapses may have a profound impact on normal brain functioning. A lot of additional connectivity points may mean a higher loss of brain impulses and communication signals, a trait extremely common in patients with Autism.

However, this study conducted by Dartmouth contests this recent finding. They believe that “Lack or Pruning” is NOT necessarily the ultimate cause of excitatory synapses. Their paper argues that the tight relationship between PTEN gene knockout and the structural and functional changes in the neurons IS the direct link to excessive synapses, and hence may be a likely cause of autism.

The team claims that broader implications to this are the atypical sensory experiences that Autistic children experience in contrast to normal children of similar ages. “This could conceptually be the neurological basis for the sensory overload that is far too common for patients with autism.”, Luikart says.