There’s a difference between quackery and effective measures that are not quite a part of the rulebook. The latter can be said complementary therapies; some of these have shown – when conducted along with mainstream autism treatments – some highly-positive to excellent results. For example, thanks to Steve Dalton for enrolling his son Jaron into a circus program and finding out about how such offbeat treatment measures benefit children with Asperger’s syndrome.

However, the point to note here is Steve didn’t think of the program as a therapy at first; it’s only after Jaron started showing considerable signs of improvement that he came to realize the program’s potential to bring improvements in his strength and balance.

No more at the muddied intersections

Jaron’s case is an example of an area of innovation where traditional autism treatments are being increasingly reinforced with alternative autism therapies . Developing the circus skills programs for inducing an improved behaviour and co-ordination in autistic children is just one of the lots of programs that do not have a valid scientific backing.  Apart from physical therapy treatment for Autism,  other common of Alternative Therapies for might include:

However, these alternative/complementary therapies do have a strong evidence base, just enough to gain support both from the patients and the conventional medical practitioners, alike. For at the end of the day, it all boils down towards obtaining a degree of wellness, according to Dr. Kerryn Phelps (General Physician; author for Ultimate Wellness – The 3-step Plan). This is the driving force to strengthen conventional medical treatment with alternative therapies. For we all know, medical intervention only subsides the symptoms. In order to sustain that curative effect, there should be changes in lifestyle measures and activities, which will ultimately help to reach the degree of wellness being sought.

Dr. Kerryn Phelps, General Physician, and author for Ultimate Wellness – The 3-step Plan says, “I think there are a whole lot of drivers for people to use alternative or complementary therapies for Autism. One is that people are looking to help themselves to manage the side-effects of medical treatment. When they’re disappointed with their current medical treatment; parents look for something that will help them to resolve their children’s health problems outside of what is conventional. Where there’s an evidence-based therapy administered by somebody who is trained in that specific therapy technique, I don’t see any reason why you should not be supported with these other techniques.”

That’s to say, Kristy Seymour; an academic and circus artist who runs the Gold Coast Circus Stars program in Australia. Steve Dalton and other parents who got their children enrolled at the program realised Seymour’s beliefs of the missing parts from traditional one-on-one, occupational therapy classes. Here, autistic children are made to use the trapeze and the rola-bola; they are also taught to do various acrobatics (such as headstands) and these are effective in making them learn about mutual behaviours and their mode of social interactions. These often act as positive reinforcements that help them push ahead on their own. As far as Seymour understands, this is a completely therapeutic process but under a disguise of a physically, emotionally and socially positive experience.

Funding is provided to eligible children by the Commonwealth Government of Australia’s Better Start program. It pays for the therapy component of any such program. Incorporating circus activities is a concept opted by several research papers, which investigate its potency to treat other conditions, for example, cerebral palsy, which is a loss or deficiency of motor control with involuntary spasms caused by permanent brain damage present at birth.

Choosing a practitioner is more than getting overwhelmed by the use of buzzwords – warns Dr. Kerryn Phelps. This is the most important factor that decides if a program is going to deliver positive experiences or not.

So don’t get carried away by a yoga practitioner promising a sense of healing; instead, be specific with programs (e.g. BAT or Bush Adventure Therapy) that enjoy support from the government and has a solid backing of strong evidence. It’s more likely to become effective in the long run, for it will teach a child to take calculated risks, to develop a stronger sense of self, gently get rid of drawbacks resulting from damaging self-beliefs and other factors that contribute to relationship problems in an autistic individual’s life.

Find a Physical Therapy Provider Near You

The Physical therapy should be a holistic approach to overall health and wellbeing, says Anita Pryor (Director; Adventure Works) through tailored, voluntary experiences, delivered through varying degrees of wilderness according to the stage of the treatment. It encourages intentional conversations with trained professionals between activities like fishing, boating or hiking, which double up as an effective form of counseling within a natural setting, delivering the thrill of adventure within safe environments.

This is in reference to a recent program for adults in the Tasmanian wilderness.

Anita Pryor, Director; Adventure Works says, “They took a whole lot of steps towards greater independence and became more confident. They developed skills that will be applicable for them in working environments and residential settings.”

Even other academicians have spoken about their findings in the extensive research she ran on the ways Nature impacts human well-being.

Tonia Gray, Associate Professor; University of Western Sydney comments, “We have seen studies where children with ADHD have benefited from nature immersion, such as Bush Adventure Therapy. We have also seen that stressed corporate executives who have trouble sleeping at night due to high-stress levels, once in the bush, hiking with a backpack, camping under the stars, go to bed earlier, sleep soundly and are reinvigorated by the experience.”

Physical therapies for Autism are no recent developments; they have been around for decades. EMDR or Eye Movement Desensitisation and Reprocessing is one such therapy that’s recommended by the World Health Organisation since 2004. W.H.O considers EMDR to be highly effective against traumas; especially when it comes to treating PTSD or Post Traumatic Stress Disorder arising from memories that are deeply rooted (frozen) in the body. 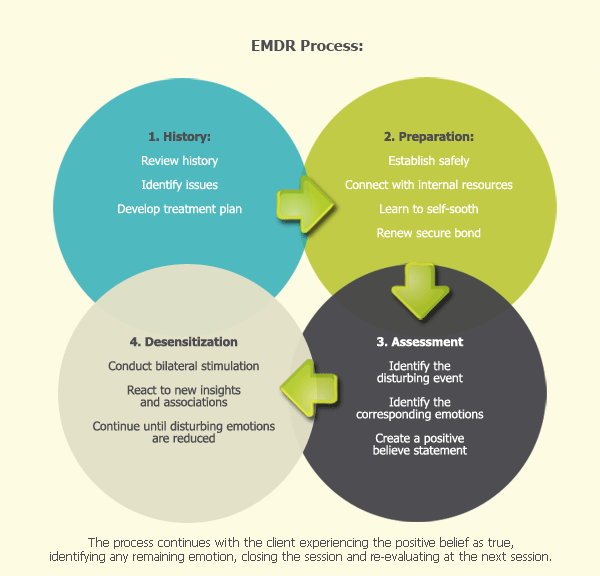 Here, a patient is made to recall his/her traumatic memories (urged by a trained therapist). This starts eye movements (or any other bi-lateral stimulation) which subsides as the memory lessens in its intensity and becomes less disturbing. The phased approach induces positive beliefs in the mind of the patient and replaces disturbing emotions and sensations.

EMDR is highly effective also against depression, anxiety and panic attacks, eating disorders and a wide range of phobias – some common symptoms of Autism. Along with physical therapy, EMDR can be an effective adjunct and 77 to 90 percent of PTSD-affected people are cured within three to seven sessions. Maxine Blackburn, a Sydney EMDR practitioner; however, also claims that appropriate medical diagnosis is must before exploring complementary therapies, which should target a patient’s best interests.