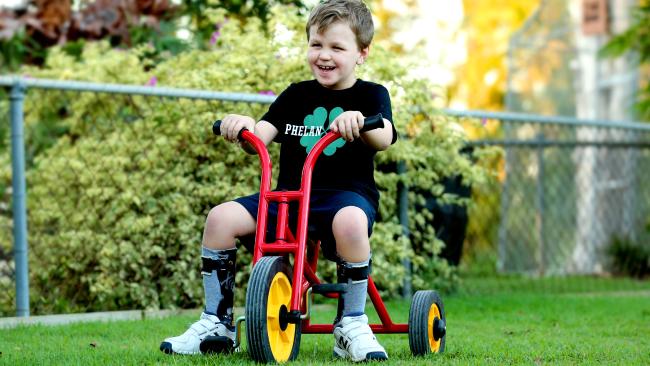 A 2016 study highlights that as many as 20 percent of children diagnosed with autism lose their language and social skills due to this rare syndrome.

A study is being carried out as the first of its kind to examine the facts and reasons behind the occurrence of this rare syndrome in some individuals diagnosed with autism. The condition is known to occur by the deletion of chromosome 22.

84 percent of the people who are diagnosed with Phelan-McDermid syndrome are also diagnosed with autism. The syndrome has also been shown to be associated with unusual physical activities and developmental delays.

“The syndrome is its own disorder with its own type of regression,” says lead researcher Joachim Hallmayer. Hallmayer is a professor of psychiatry and behavioral sciences at Stanford University in California.

The team, led by Hallmayer, reviewed additional medical records of a group comprising 50 people. The individuals were in an age bracket of 4 to 48 years old and were diagnosed with Phelan-McDermid syndrome. As a part of the study and investigations, parents of the participants were also interviewed to get an understanding of whether their children had lost any skills that were acquired at birth.

Skills such as self-help skills and social behaviors, including tasks such as feeding themselves, were observed. Of the many participants who were subjected to study, 18 of the individuals showed clear signs of regressions while on the other hand, 24 had not regressed.

Researchers were unable to conclude anything about the other 8 people.

Girls were less likely to be diagnosed with Phelan-McDermid syndrome compared to boys.

12 individuals were seen to lose their acquired skills after the age of 2.5 years old. Researchers could not examine whether the severity of regression changed with age.

However, clinical experiences suggest that regression takes on different forms, as is the case with autism, Catalina Betaneur says. Catalina is the director of research at the French National Institute of Health and Medical Research in Paris, who was not involved in the study. “It’s not as severe or pervasive in children as what happens in adolescents and adults,” she says.

Interestingly, seven participants were observed to regain their lost skills over a period of time, raising concerns about what regression actually means. “The idea of regression is still controversial, and we need to follow these children over time,” Hallmayer says.

Researchers further observed that the syndrome affects self-help skills and motor development. It was also found that autistic children alone were vulnerable to losing their social and language skills.

Many autistic individuals have a history of seizures; however, the team did not find any substantial evidence that regression can be associated with seizures.

The researchers further note that the results of the study may not be definitive. “It was done retrospectively by asking the parents, ‘How was your child functioning?’” Hallmayer says.

The findings help in providing useful backgrounds for clinicians who are responsible for treating people with the rare syndrome.