Is Autism a Psychological Disorder

I have been asked this question a lot of times – Is autism a psychological disorder? It’s about time I clear that misconception. Autism, although it comes with its own labels and stigmas, is not a psychological disorder. In fact, autism is not a mental illness and autistic persons do not choose to behave as they do. There is no known psychological factor shown to cause autism. There are however, links to biological and neurological differences in the brain, suggesting a genetic relationship to autism as opposed to a psychological one. 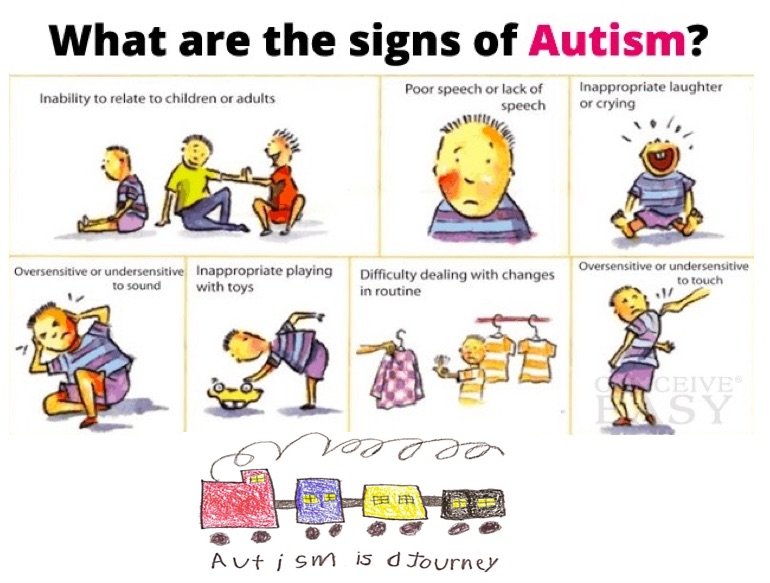 Fig 1: Is Autism a Psychological Disorder? No its a journey with neurobehavioral disabilities. Download Media

To put it in simple terms, autism is a “serious and lifelong developmental disability”. Autism, standing alone by itself as a diagnosis, is not a mental health problem or a learning disability. Autism is a spectrum disorder which means that each person with autism may share certain difficulties in common, yet they affect each individual differently.

As evident from Mary’s statement, it is true that children and adults diagnosed with an Autism Spectrum Disorder (ASD) do have a higher incidence of psychiatric problems. Research now suggests over two-thirds of children diagnosed on the autism spectrum have co-existing psychological issues.

Understanding the diagnosis and etiology of Autism is critical to this discussion. While there are a few overlapping symptoms, some healthcare professionals tend to overdiagnose and include psychiatric problems along with autism. It is imperative to be clear on the diagnosis. Psychiatric disorders can worsen symptoms in people with autism and interfere with (and/or reduce) the effects of behavioral therapies.

Is Autism a Psychological Disorder?

While some symptoms and effects may overlap, Autism and Psychological disorders are a different kettle of fish. Here is a quick comparison:

Table 1: Typical Characteristics present in Psychological Disorder but NOT in Autism 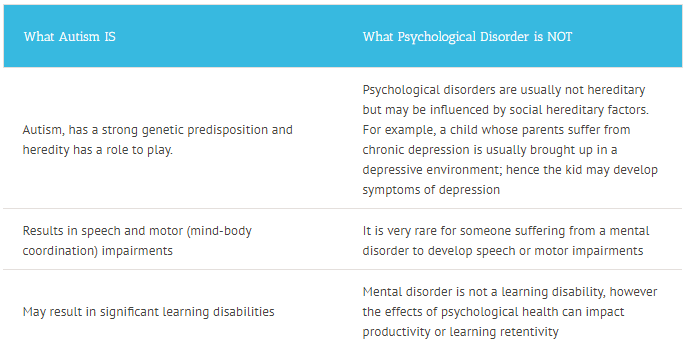 Table 2: Typical Characteristics present in Autism but NOT in Psychological Disorder

The 5 Pillars of Psychology

Let’s go back into history and take a look at the Ancient Greek Civilization (16th century BC to 15th century AD). The five pillars of civilization were taught by all Greek philosophers these pillars are known as wisdom, courage, self-control, justice and cooperation. Psychiatrist and Psychiatry itself has exactly opposite pillars for people with mental disorders: irrationality, detachment, disinhibition, negative emotions and antagonism. Modern psychiatry has renamed them as the “Big 5 dimensions of psychiatric personalities; neuroticism, extraversion, intellect, agree and conscientiousness.
The ancient 5 Pillars of Civilization as per Greek mythology (16th century BC to 15th century AD):

There are psychiatric disorders that may co-exist with people diagnosed with autism. Research is proving that some of these disorders coexist with the preteens, throughout the teenage years and sometimes through adulthood.

Psychological Disorder as a Co-Existing Element with Autism

Autism Speaks, an autism advocacy group, continuously revises guidelines and treatments for those with coexisting psychiatric conditions. Among doctors and therapist like me who work with autism every day, we feel that Bipolar and other mental illnesses are overdiagnosed in people with autism since many symptoms overlap. We know that individuals with autism have trouble expressing and understanding their emotions. Being able to explain what you are feeling and understanding how to communicate that feeling is essential in order to segregate autism from such mental illnesses like bipolar disease and schizophrenia.

Psychiatrists use traditional methods that have been around for a long time, to assess psychological disorders. Autism and its spectrum of disorders have come to the forefront in the past few decades making it very difficult to find proper assessment tools to separate autism from mental illness.

Bipolar disorder is a mental illness yet some of its symptoms overlap in autism and therefore is considered a possible co-existing condition. Researchers, as well as therapists, have been able to disassemble the symptoms of bipolar disease by looking at when the symptoms first appeared and how they manifested themselves.

People with autism may talk extensively or show someone a new item over and over, however, this is just a result of their autism. True bipolar illness manifests itself in continuous disruptive behavior that is planned! It is thought out and carried out, autistic children cannot do this.

As you can clearly infer from the above Venn diagram, physicians unfamiliar with the current standards in diagnosing Autism Spectrum Disorders could possibly misdiagnose a child with ADHD as bipolar, totally missing the autism diagnosis.

Suraj Thapar, National Institute of Mental Health says, “Thanks to the tireless efforts of many organizations devoted to Autism research and therapy, we are beginning to unravel the symptoms of bipolar disease and ADHD. One example is that of a teenager who is high energy, happy yet socially intrusive. It would be a grave error to diagnose this person as having a manic mental illness, treat him with much-gladdened side effect medications when behavioral therapy for their autism is the true diagnosis.

Let us consider another example – people with autism care about other people however they do not understand some of their actions and how to express their love and compassion for another person. Sociopaths (a defined mental illness) do understand people, can communicate with them yet plainly just do not care.

In people with autism, anxiety is usually related to sensory issues like reaction to loud noises or things out of everyday life. For many others (primarily people suffering from high functioning Autism), anxiety stems more from the social awareness that they are different. Below is a root cause analysis of Anxiety related psychological disorder in ASD stemming from social awareness:

Behavioral therapy shows autistic children how to cope with various social cues avoid anxiety. Following are some of the techniques used to combat anxiety in Autism cases: 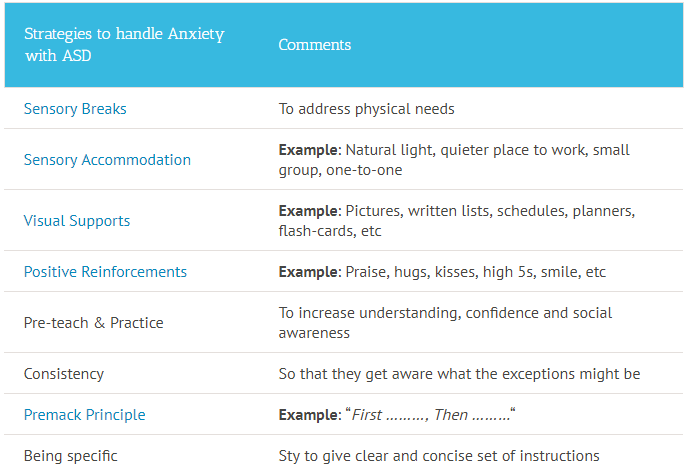 Table 3: Some proven strategies to deal with Autism and Anxiety

OCD or Obsessive Compulsive Disorder consists of repetitive behaviors which physicians often miss diagnosing it as a symptom of autism. There is one crucial difference. With OCD, these repetitious behaviors cause thought and anxiety in a person with psychological disorders. On the other hand, a child with autism in not bothered by the repetitive behavior and really does not think about it. There is no fear involved with an autistic person; however, a person suffering from OCD as a psychological disorder actually experiences fear and anxiety.

Schizophrenia is a psychological disorder. Just as with anxiety, the disorder manifests itself differently in people with autism. It too may be a co-existing condition; however, Schizophrenia is a psychological disorder and autism is not. Because autism shares certain features such as social withdrawal and difficulty in communication the two are often thought to be the same. Schizophrenia does not appear in early childhood and is very rare in later childhood and usually manifest in adulthood, unlike autism. There is considerable research on both. The findings are suggesting that both disorders may be related to certain genes that disrupt early brain development. However, schizophrenia does not appear until adulthood, as a general rule. Following is a comparison chart between Autism and Schizophrenia

Table 4: Characteristics of Schizophrenia Vs Autism

I have provided this information as a solely informational and educational advise for those who may have been mis-informed on the difference between Autism and Psychological Disorders. Use this information to become aware of the symptoms your child exhibits, write them down and take the autism test for toddlers (age <5) or for children (age 5 to 12).

If these results of these tests seem to indicate that your child may have Autism, please consult with your physician immediately so that they can refer you for proper diagnosis. Remember, you spend the majority of your time with your child and any little glimpse on their behavior anomalies or habits is invaluable to your doctor!

4 thoughts on “Is Autism a Psychological Disorder”