Gestational Diabetes And Autism Is There A Risk

Diabetes during early pregnancy could mean a higher risk for the baby to develop autism, reveals a new study. The study, published in the Journal of the American Medical Association, shows that if expecting mothers develop diabetic condition by the 26th week of pregnancy then they are 42% more like to have a child with autism.

Explaining the Correlation between Gestational Diabetes and Autism? 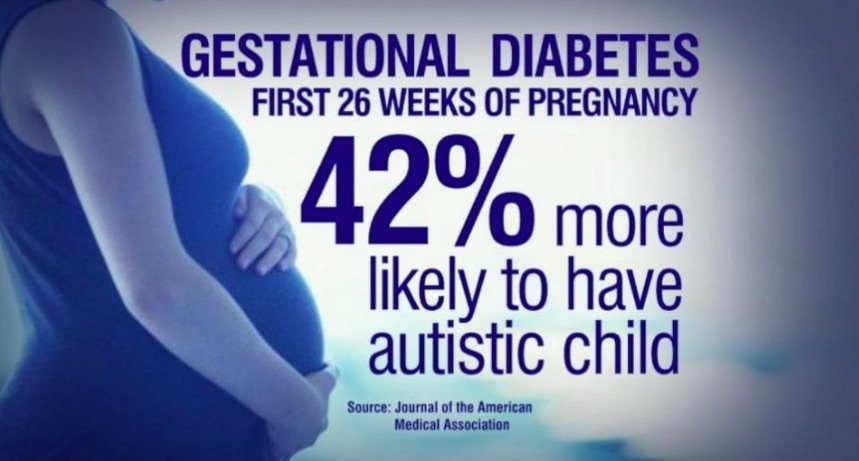 Gestational diabetes and autism – what is the correlationWhy do then women who are newly diagnosed with diabetes and under 26th week of pregnancy have the higher risk?

Although, it was not revealed in the research why gestational diabetes increases autism risk in children, the authors, however, believe that diabetic condition, which affects body’s blood sugar level, interferes with the development of foetus’ brain. If the blood sugar level remains untreated it damages blood vessels, which is detrimental for the foetus of less-than 26 weeks.

Expecting mothers who were already diagnosed with diabetes and under treatment, therefore, do not have increased the risk of having a child with autism, explained Anny Xiang, the lead author.

Anny Xiang and team, from Kaiser Permanente Southern California Department of Research and Evaluation, used data collected from more than 300,000 children born between 1995 and 2009 for their research. Out of the total, 9.8 percent of children were exposed to high blood sugar level. Out of which, 7.8 percent were exposed through gestational diabetes and the remaining 2 percent of the children’s mother had Type II diabetes. About 1 percent of the children exposed to diabetes were diagnosed with autism at a later age.

The finding, however, is not without glitches. The autism risk factor from the father has not been taken into consideration due to lack of documented resources. Children’s genetic predisposition to autism has not been evaluated in the study.

However, the researchers claim their study to be significant as it points to a probable cause for the autism spectrum disorder. The study shows controlling blood sugar level is necessary to reduce autism risk.

Gestational diabetes is a known evil. It causes other health issues in children such as obesity, metabolic disorder, and hypoglycemia or low blood sugar level.

What is gestational diabetes?

The full study paper could be obtained from the JAMA Network website.