Autism or not, wherever family inter-personal relationships exist, a problem or two must co-exist as well. How often do you feel that you and your partner don’t get along?

According to a recent US census, this happens to at least one out of every two couples in a relationship. While the empathy quotient is quite high for homosexual couples, for heterosexual relationships, the chances are as high as 66%, i.e. 2 out of every 3 families will have relationship issues. 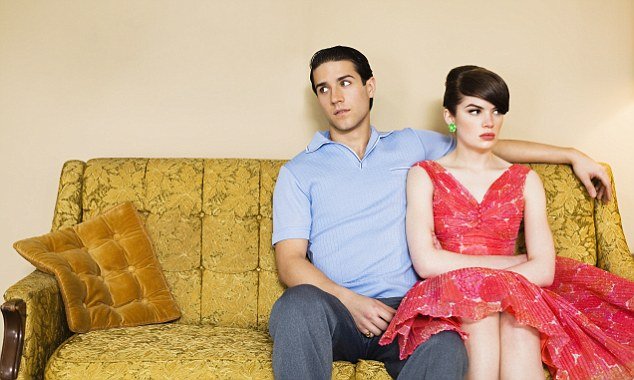 The Impact, if either my partner or I have some form of Autism?

Well, in such cases, the chances of a relationship going sour is as high as 95%! In my personal and professional life, I have not come across an individual adult with Autism who has never had any relationship tipping point with their partner. The day I find one, I would be very curious to know what worked for them.

For each of these questions, I would try to respond both from the Autistic individual’s perspective and from their partner’s

It’s More a Question of WHEN rather than WOULD:

As I said, relationship issues between an Autistic individual and his/her partner will happen. If you are newly into a relationship or about to enter a relationship with some having high functioning Autism, stop asking yourself, “Would my relationship hit a crisis point with this person?”.

Most certainly it would, the question is, WHEN? And when it does, do you love that individual enough to be able to deal with it and steer the relationship through the turbulent tides onto sunny shores? If, that kind of commitment and you do not go together, you would be causing yourself a lot of pain by investing in something which might eventually fail. My honest advice would be that if you are not a committed and passionate individual, and it’s still early days in the relationship, carefully re-evaluate your position.

No one knows your condition better than your good self. You would have most likely spent most of your life growing up in reclusion; keeping your emotions and desires very private.

I will give you one advice mate [my Aussie dialect 🙂 ], if there is one person in this entire planet that you want to be completely honest with, it may not be your parents (they might love you no matter what), your friends or colleagues – it is this person standing next to you. Tell her/him what’s going on, express your feelings, share your difficulties and inhibitions. Opening your circles to your partner is not a sign of weakness, rather, there is pride and respect in owning up to what you are. And your partner would appreciate it.

Remember, your partner is taking a big decision to stick around with you no matter what. You might well be worth the deal buddy! Check out the above video where an adult with Autism talks about his relationship issues:

Regardless of whether you step into a relationship with an Autistic individual or not, it is important to understand what might go wrong. The experiences, that you as a partner are likely to face, may depend on what Autism support level your partner has and their gender.

In 90% of cases, the autistic individual in a relationship would be high functioning Autism/Asperger’s (Support level 2 and 3 individuals are rarely seen in relationships) and in 75% of the cases your spectrum partner is a male.

So, let’s start with the Male autism issues in relationship:

Only one out of every 4-5 Autistic adults are females. Therefore, women Autism issues are often largely overlooked. We have two great posts on Autism in Girls and Women Autism.

Trust me when I say this…. women with Autism and Asperger’s are far better as partners than men with a similar degree of disorder. Often, some of the relationship issues that couples having an Autistic woman faces are quite opposite in nature than men’s. Here are some of the unique ones:

Understanding Each Other in a Relationship

This is a critical piece. Either of you fails in this, the relationship is also likely to fail. Here are a few words of wisdom for:

Only one advise for individuals with Autism in a relationship: Just listen to your partner. I will be very direct here, you have autism and your partner does not. So listen to her/him, she has the best interests of the family in mind.

Understanding When to Pull the Plug

While supporting each other through thick and thin is critically important, it is also important that you realize (in time) when your relationship has dived beyond the tipping point and is facing a complete dead end. Maybe, after all, its time to move on… But the question is, how do you know when to pull the plug. Here are a few pointers for both individuals with Autism and their partners.

For Individuals with Autism