Autism is a spectrum disorder carry an entire horde of other symptoms that complicate a complex situation tenfold. Some of these symptoms tend to be severe in their intensities. Compulsive habits, motor and facial tics and above all, social phobias persist, which is often detectable even without an official diagnosis. 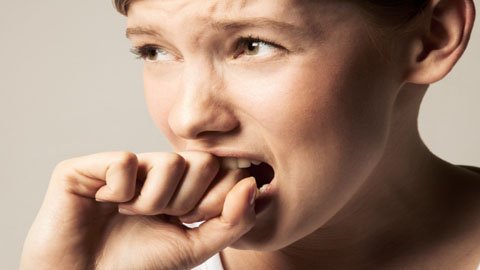 Anxiety ruins the everyday lives of many children and adults with Autism. Anxiety stands as a barrier between the individual and his/her ability to integrate into the society; making friends and in extreme cases, even going out shopping or taking public transportation.

Autism is often diagnosed with other co-existing disorder, in as many as in 41% of the cases. Together, these become extremely debilitating for individuals with Autism and Asperger’s. Diagnoses for anxiety disorder are recommended in most of the cases. The University of Amsterdam reviewed 31 such recent studies. Focusing on the presence of anxiety disorders in below-18 autistic children, these studies were concluded by the University’s researchers to be correct for about 29% of adults and children with Autism. The presence of excessive worry, stress and phobias become prevalent before youth sets in.

The phobias are not one but many. Social Anxiety Disorder or Agoraphobia affects 17% of the autistic; separation anxiety disorder stands at 9 % while panic disorder is common in only 2%. Other specific phobias remain present in around 30% of them. OCD (Obsessive Compulsive Disorder) ranks to around 17% while generalized anxiety disorder comes to around 15%.

Autism and Anxiety: The deeper connections

ASD behaviours overlap with anxiety disorder symptoms. For example, OCD resembles a repetitive, stereotyped behaviour a lot. So speculations run as much over considering a symptom overlap as opposed to considering it a distinctly different disorder altogether. The diagnosis for anxiety disorder is even more needed for children with high functioning autism or Asperger’s Syndrome.

Children with Autism are less aware of their environment and the way they are perceived by others unlike typically developing children. Entering into adolescence, the difference between themselves and their peers get more pronounced. However, this intellectual impairment may also make the child experience less anxiety or simply the child will report his/her anxieties much later. Often, the reporting is found enough to initiate a formal diagnosis. Consistent worry poses limitations and delays diagnosis furthermore. Note: Girls with Autism are more prone to Anxiety disorders that boys.

CBT as a Treatment for Autism and Anxiety?

Cognitive Behavioral Therapy changes maladaptive thinking by magnifying negatives or over-generalizing. It trains an individual to re-conceptualize the way they process worldly info and then acquire skills to counter them or use them to their advantage. CBT, as it is mostly known, uses graded exposure for a positive outcome. Taking small steps towards facing anxiety-inducing situations and methods designed for relaxation work together towards betterment. Cognitive restructuring (modelling appropriate thinking) is a part of it; this is done by identifying and changing irrational thought patterns.

Traditional CBT; however, may raise certain issues with autistic children and adolescents. Being very much verbal and often, quite abstract; it lacks the more concrete visuals and child specific interests. These all are extremely important for CBT to work as well for ASD children. Their impairments in ToM (theory of mind; a capacity necessary to engage in the CBT strategies) makes it necessary to include them and all those who did, could bring improvement in children with high-functioning ASD.

How parents and Educators may get involved? 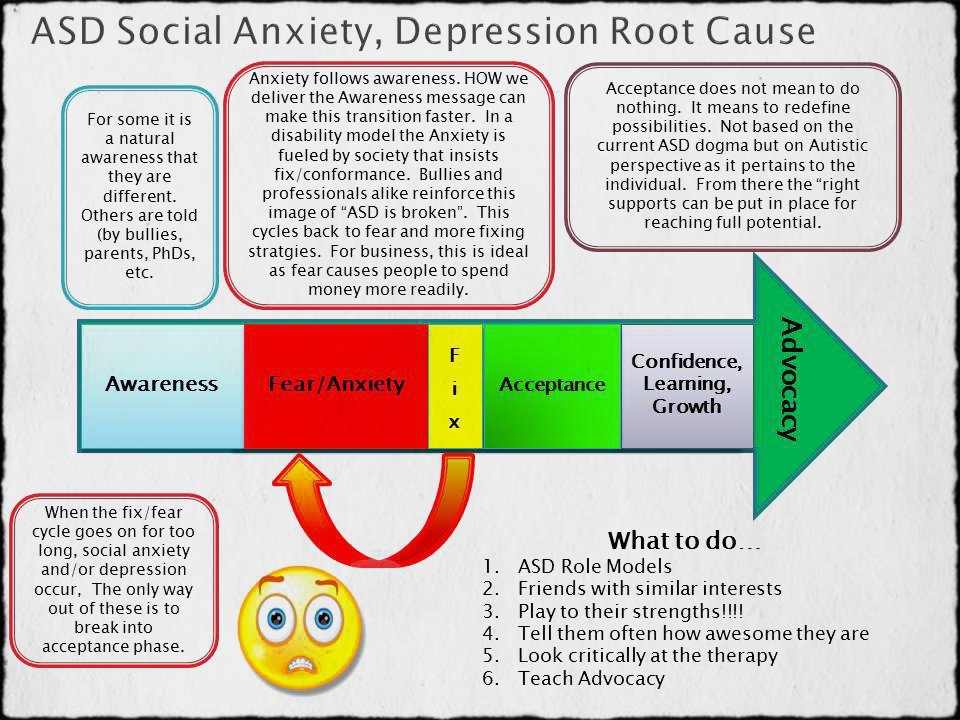 Autism and Anxiety, Phobias and Depression Cause AnalysisParents play an integral role in a cohesive autism and anxiety treatment. They know more about their child than just about anyone else. That means, they will also know the triggers. Something as simple as classroom bullying, a lack of sleep and ADHD driven Dyslexia can be a potent trigger to anxiety development! This often gives rise to anxieties with change and social situations. The same applies to educators as they could be instrumental in setting up the right classroom environment for children with special needs.

MUST READ: How to Get Children with Autism to Focus in Classrooms

Their function will be that of a coach’s; of a therapist’s and a friend’s. Interventions range from providing encouragements and rewards following successful completion of tasks; ignoring his/her excessive display of anxiety, helping to distinguish between realistic and unrealistic fears (this helps to choose an appropriate treatment direction), conveying confidence and modeling courageous behaviours. A functional behavioral assessment really helps in these situations. There should be a plan for facing fears; the exposure hierarchies must make a gain in one setting appear generalized to the other.